How The Media Creates Money Shame 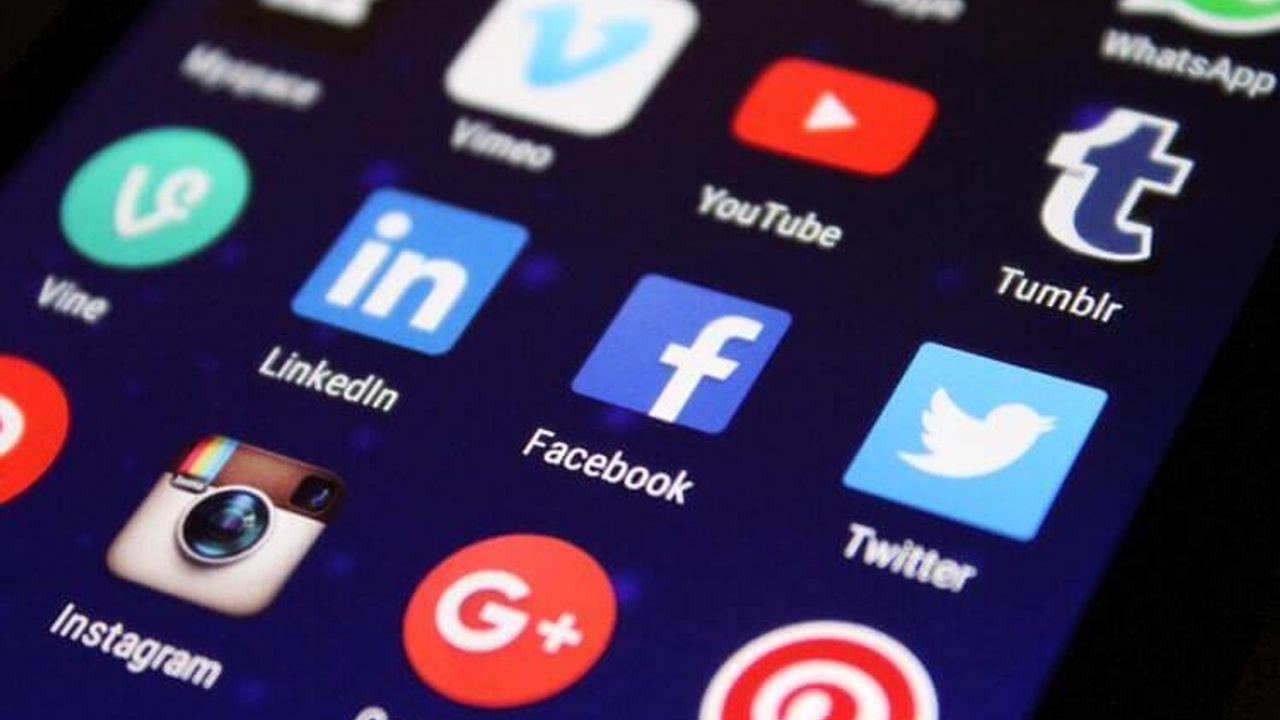 Assumptions about people based on their finances are pervasive in the media.

Money is often seen as a stand-in for the type of person someone is.

For example, we’re all familiar with the miserly and wealthy Ebenezer Scrooge and his heart-of-gold but poor employee Bob Cratchit. Due to portrayals like this, many people make assumptions about others based on their finances.

Money shame is a frequent result.

Assumptions About Character Based on Finances

You see assumptions about a person’s character almost every single time you turn on the television or go on social media.

The media makes fun of people from disadvantaged socioeconomic classes.

People who make less money are often portrayed in the media as:

However, they’re also seen as:

The media also makes assumptions about those who make more money.

Those who make more money are often portrayed in the media as:

However, they’re also seen as:

No matter how you look at it, there are many biases we have all taken onboard due to how the media portrays those who have more or less money.

The result of this is financial shame.

Money Shame In The Media

Money is a touchy subject for many people. Money shame can be seen almost everywhere in the media, and it's not pretty.

The portrayals of money in the media become a foundational part of how you view money.

Many family beliefs about money can often be traced back to these narratives.

Beliefs like “money is the root of all evil” or that “money will solve all my problems” often come from a complex combination of family beliefs and the stories you learned from your culture of origin.

When you internalize negative beliefs about money, whether it’s about having more money or less money, it results in financial shame.

Money shame has been shown to have serious effects on mental health and wellbeing. It can cause people to doubt their worth and end up in a cycle of poverty. It can also cause people to fear success and making more money as they believe it will make them a bad person.

The depictions of different social classes in the media as having different personality traits can actually perpetuate and maintain oppressive structures in our society.

Not only do these depictions impact general beliefs in our society about people from different economic backgrounds, but they can also perpetuate negative self-evaluations in those people as well.

People from challenging economic circumstances can begin to believe the depictions they see in the media and then adopt those beliefs internally.

Those beliefs create a cycle where they are unable to earn more because they believe the false narrative that somehow they're inferior to those who already make more money.

This ends up creating a cycle where those who make less money are not able to create more wealth due to the beliefs of the culture around them and the reinforcement of those beliefs by the media. 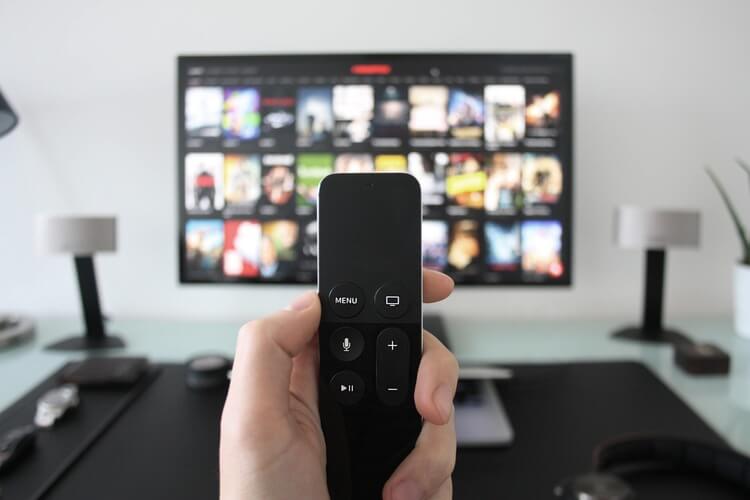 An example of this are shows like Keeping Up With The Kardashians. This show clearly demonstrates that if you are wealthy, this makes your life better and more exciting.

These shows make some people feel like they do not measure up because of their status in society.

Television can give us some specific examples of how Money Shame is ignored within intimate relationships, and how it can be better navigated.

Let me give you a specific example.

I was recently enjoying watching the show This Is Us with my wife.

There were two potent scenes around money shame.

A Missed Opportunity To Resolve Money Shame on Television

The first is when Jack is going out to dinner with his bosses for a potential promotion. At the end of an expensive dinner, the boss says “let’s play credit card roulette”.

Jack instantly has a look of panic and discomfort on his face. He knows he can not afford the dinner. After a bit of chiding, he puts his credit card in with the three other people at the table.

His card gets picked by the waitress to pay the bill. As I watch this unfold I see the color drain in his face.

Jack now knows he's in trouble and his wife Rebecca is going to be very disappointed and angry.

A few minutes later we see Jack at home with Rebecca explaining what happened. He then minimizes what a big deal this is to her and her fear about how they are going to pay for that expensive dinner they can’t afford.

This sends the money shame through their relationship as they both out on what they really needed from each other.

Not once did either of them name shame as the major underlying factor in what led to this sequence of events.

Yet, beneath the surface that is exactly what happened.

Jack was trapped by his own shame. Yet he likely didn’t even recognize or name it, but rather reacted and responded in a way to save face.

On an important note, we know that Jack grew up with an alcoholic father who would regularly shame Jack. So Jack’s shame is about something so much bigger for Jack without him even realizing it.

What Jack and Rebecca needed was the ability to sit down with each other and talk about their respective experiences of financial pressure and the desire to belong. The desire to get the promotion and how that shaped Jack’s response to the expensive dinner.

The ideal would be that there would be enough relational safety to talk through the shame around money and trust that he would be received and understood.

These abilities are based on a secure attachment style, which I have talked about in other blogs.

Then, later in the episode, another huge money shame issue appears.

Toby has just received his second child into his family with Kate.

He has lost his job and is struggling to find a new one.

Toby and Kate are invited to dinner with Kevin and Madison who have also just had babies.

Kevin is successful in his acting career.

The tension builds as Toby feels so uncertain about his financial situation and is confronted with hearing his brother-in-law Kevin describe the ways that he is being lavished on by all the people that know him.

At dinner, it all comes tumbling out.

Toby, in his anxiety and shame, thinks Kate outed him about not having a job to Kevin.

Toby unleashes on Kevin about his trying to help and provide financial support.

Kevin awkwardly stumbles through trying to be helpful but only infuriates Toby more. Toby storms off.

Fortunately, in this segment, Toby comes back a bit later and acknowledges his big reaction to Kevin’s offers of help, and Kevin recognizes and sees some of his contribution to the problem.

Again, in this episode shame was a central element of what led to the drama but was never mentioned directly.

Toby and Kevin did a better job working through the situation after the explosion than Jack and Rebecca. Yet, there was still so much left on the table that could have been addressed.

This is why it’s so important to be able to recognize money shame when it arises.

Then you can open up the channels of communication between you and your partner and learn to heal.

Social media can also have a huge impact on money shame.

Social media makes it easy for people to compare themselves to celebrities and public figures who have more money than they do (like the Kardashians referenced above).

This can make those with less money feel bad about their lives or even ashamed of how much money they have when compared to these other individuals.

Just like in the example above from This is Us, Jack felt intense shame because he could not afford to pay for dinner like everyone else around him.

When social media shows people going on lavish vacations, driving expensive cars, and showing off expensive designer watches and handbags many people are driven to believe that they should have those things in order to be successful or to feel good about themselves. 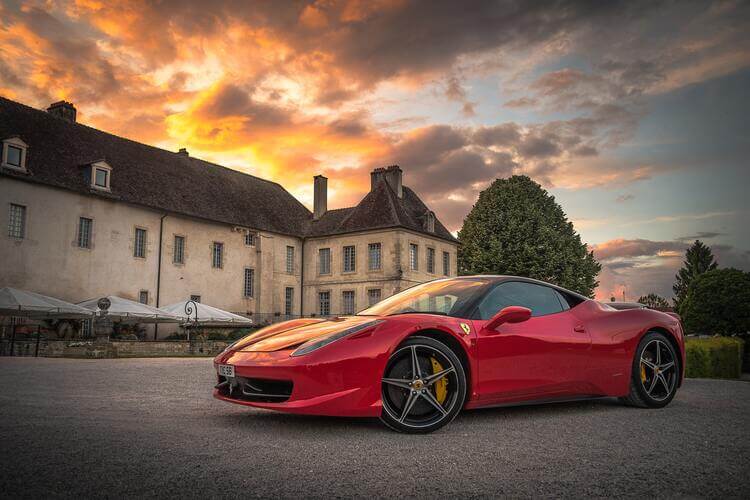 Companies create a false sense of inadequacy in people to motivate them to purchase what they’re selling.

They do this by showing scenes that are better than what most people have today such as taking exotic vacations, eating at fancy restaurants, and owning luxury homes in order to motivate people to purchase those things to “keep up with the Joneses”

What To Do About Money Shame and The Media

Shame related to your financial reality is a part of everyone’s lives, not that it should be.

However, when you have an understanding that because of the very nature of being social and desiring to be a part of something we are going to experience money shame at times it can help you minimize the shame you’re experiencing.

The bigger issue is recognizing money shame both when feeling shamed and when shaming others and then making reparative efforts.

If you have experienced chronic shame in your childhood or adulthood related to money, working with a therapist versed in the nature of shame will take you a long way in healing and recovering.

As a financial therapist, my goal is to help clients, students, and colleagues recognize when they are being triggered into a shame response related to their financial reality.

Our work helps them recognize that their struggles with present financial realities often have links back to their childhood experiences around shame. They are then able to see how these are connected to a broader pattern of relational trauma and underlying money beliefs.

Being on a journey of healing and recovery necessitates looking at how shame shows up when you sit down to face your finances in its many expressions.

This means looking at the practical side of doing your budget and balance sheets to talking with your significant other, interacting with your families, and yes even who pays the bill when you go out to dinner with friends.

Money touches nearly every aspect of your life.

By taking the time to become aware of how interwoven money is in your life you will move through a wide range of emotions including shame.

Shame is not the final resting place, but rather an emotional and physical place to pass through and process so you can return to a sense of relational connection with yourself and those that are most important to you.

Stay connected with news and updates!