6 Steps To Stop Gaslighting From Ruining Your Relationship 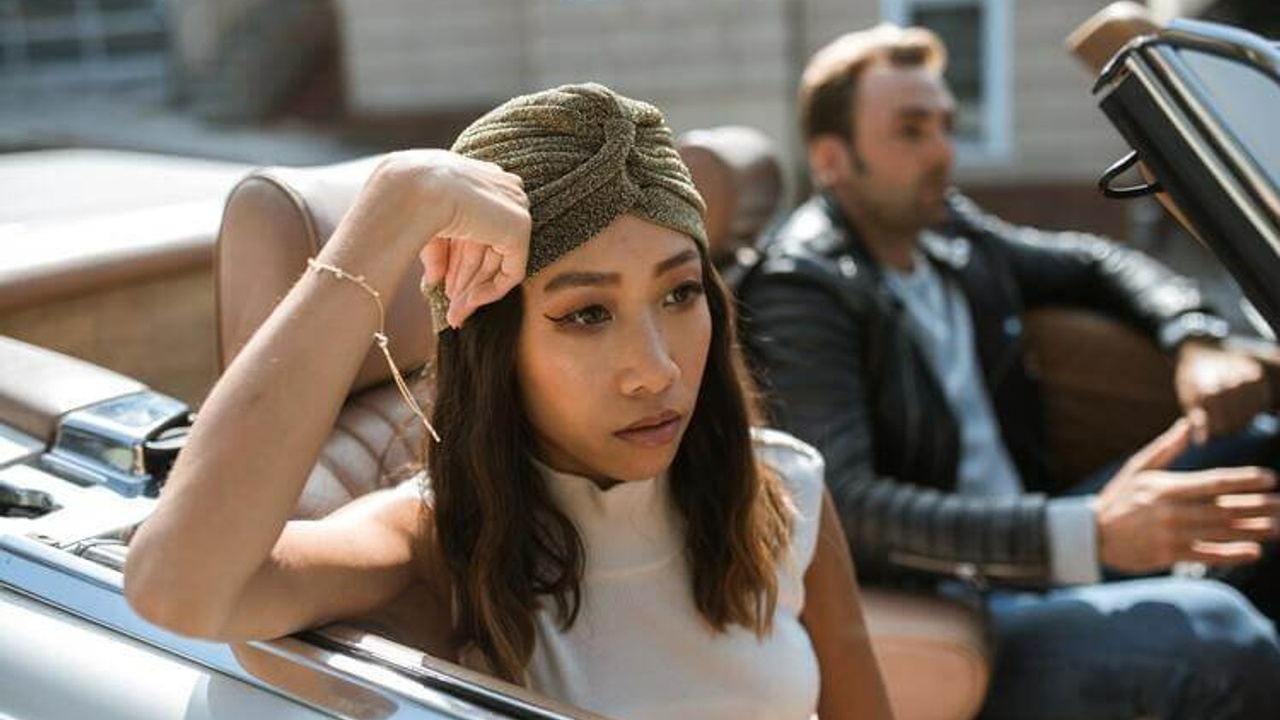 Gaslighting is when someone tries to convince you that your perception of reality is wrong and not based on facts or evidence. Gaslighting can be very damaging to relationships. However, it’s not always malicious or obvious to those involved that it’s actually happening. With understanding gaslighting can be overcome and relationships can thrive.

Gaslighting primarily occurs in romantic relationships. However, it can also occur in other relationships as well.

Gaslighting occurs through the manipulation of words, actions, and other things. It’s a way to make a person question themselves, their thoughts, feelings, memories, and even their own perceptions. It’s often used as a tool for control.

Ultimately the person who is being gaslit questions their reality.

Although generally the term gaslighting is used to refer to something that occurs in abusive relationships and is a purposeful manipulation, many times gaslighting happens in a way that's not as obvious to either person.

In the context of this blog, we're talking about gaslighting as someone making you question your reality unintentionally and/or without malicious intent. This blog is not about the abusive or purposefully manipulative form of gaslighting. 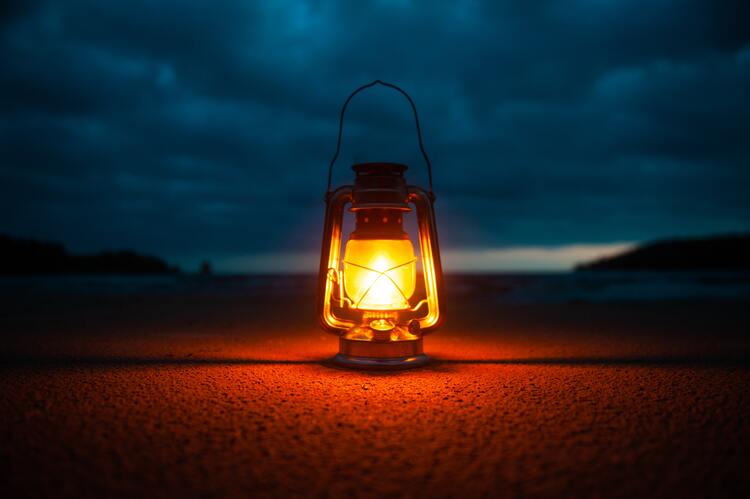 Why Is It Called Gaslighting?

The term gaslighting comes from the movie Gaslight where a husband tries to convince his wife that she's going insane by slowly turning down the gas lamps around the house. When the wife asks "is it getting darker in here" the husband denies it, which makes the wife feel as though she's going crazy.

This is why the term “gaslighting” refers to making someone question their reality.

How Does Gaslighting Work?

People who are being gaslit often feel a lot of confusion and wonder if something is wrong with them. They second guess themselves, their perceptions, and their memories.

Gaslighting can cause you to question your mental health and your judgment.

Ways To Tell You're Being Gaslit

Why do people Gaslight?

Gaslighting occurs normally due to having seen or experienced it from a parent.

That doesn’t mean that gaslighting is okay, it’s merely an explanation for why someone may be participating in this type of behavior, especially someone who does not have malicious intent and may not be aware of what they're doing.

Gaslighting is also a way for people to deflect taking responsibility for things that they're uncomfortable with. This is why gaslighting can often happen in situations where the gaslighter is confronted with a problem, a mistake they made, or a complaint from their partner.

People aren't born knowing how to gaslight, they learn it by observing others.

Gaslighting Is Not Always Malicious

Gaslighting does not always happen in a malicious way. In fact, many times gaslighting happens when the gaslighter doesn't realize that they're doing anything strategic or manipulative. The person who is gaslighting may just lack self-awareness and feel as though they're just expressing themselves directly. However, this doesn't mean that it's not happening.

For example, perhaps one member of a couple was raised with parents who always questioned their reality. They were often told that “that’s now what really happened” or they were forced to adopt their parents’ beliefs as a child. This may make this member of the couple more likely to see these types of interactions as normal.

Here's an example of “unintentional gaslighting”.

Perhaps you are upset because you feel that your partner is being nice to other people and you interpret that to mean that they're flirting with other people.

Perhaps at first, your partner doesn't believe that they're being inappropriate, but eventually they feel that maybe you see something they don't and they buy into the reality that they're flirting.

When you tried to convince your partner you were not necessarily being malicious or manipulative. What you were doing was using strategies you learned, likely when you were a child, to express your feelings and communicate. Luckily these outdated strategies can be unlearned as adults. 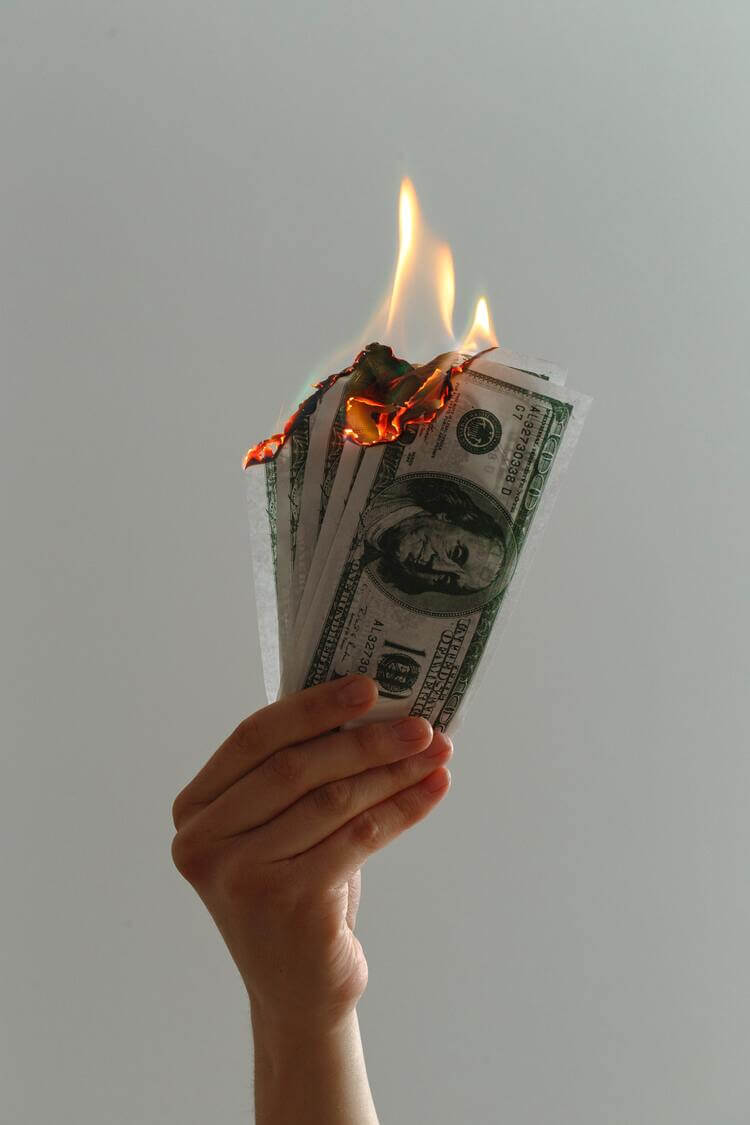 How Does Gaslighting Show Up Financially?

Imagine Brian and Jane are in a relationship.

Brian tells Jane soon after they're married that she's bad with money repeatedly.

Brian may have initially observed that Jane wasn't saving as much as he thought she should and the way he was taught to save in his family of origin. This belief motivated his perception that Jane was bad with money.

Yet, Jane always did fine at managing her finances before she and Brian got married. She had an investment account and a solid retirement plan. In fact, Jane thought she was pretty good with money.

However, through time Jane began to see herself as a poor money manager due to this feedback from Brian. She begins to believe what Brian is saying about her ability to manage finances and she hands over primary responsibility for their joint finances to Brian.

This results in Jane feeling insecure around money and feeling as though Brian has all the power in their financial dynamic.

Because Jane now believes she is bad with money she quiets down her money worries, doesn't initiate financial conversations, and just lets Brian handle all of the finances.

Eventually, this leads to Jane feeling powerless and frustrated about their financial reality.

Without intervention, this powerlessness and frustration can cause a division in the relationship that’s very challenging to overcome. This is why addressing these habits and ways of communicating as soon as they’re noticed is important.

6 Steps To Stop Gaslighting From Ruining Your Relationship

It's important to note that this section describes steps you can take to save your relationship if you become aware that gaslighting is unintentionally taking place.

If you or someone you know is experiencing an abusive relationship please take steps to get support in finding safety and exiting the relationship.

The first and most important thing to do first is to become aware there is a problem. Recognize that there is something going on that’s making one person feel invalidated. The biggest way to do this is to pay attention to power differentials. If one partner’s opinions and reality always take precedence over the other, then it may be important to take note of why.

Once you realize what’s happening name the problem with your spouse. Explain that you feel as though you have a different opinion or point of view. Discuss how validating one another’s point of view is not the same as saying the other person is right. That you can both offer each other empathy even when you disagree.

Recognize the pattern without guilting or shaming anyone until there is more understanding about what’s going on. Shame will often stop people from addressing problems in a relationship.

Gaslighting can be a bad habit picked up from the relationships that that person grew up around. If the gaslighter is willing to be honest with themselves and do the hard work of changing how they interact it's possible to change this behavior. However, if they're unwilling to recognize the pattern then the pattern is unlikely to change.

Learn better communication skills when in conflict. This is something we’re diving deep into in my upcoming course The Couples Guide to Financial Intimacy.

Learn to look at conversations objectively and learn to identify truth and distortion.

This can be aided by the help of a therapist or coach who can help you look objectively at the situation. Look for signs of the other person repeatedly denying your experience.

Allow yourself to feel all of your feelings without guilt and shame. Recognize that no one else defines your reality except for you. The person who is being gaslit needs to learn that they don't need anyone else to validate their reality and build confidence in defining their own reality. They can also learn to sit with the discomfort of sitting in opposition to the gaslighter.

Remind yourself you can't control anyone's opinion, even if you're right.  Take the focus off of right and wrong and put it onto how you feel and how conversations with your partner make you feel.

Try to get assistance for both of you. The gaslighter needs help with self-awareness and validating the other partner's point of view. The person who is gaslit needs help to feel more confident in their worldview.