Eight Tips to Help You Have Tough Conversations About Money 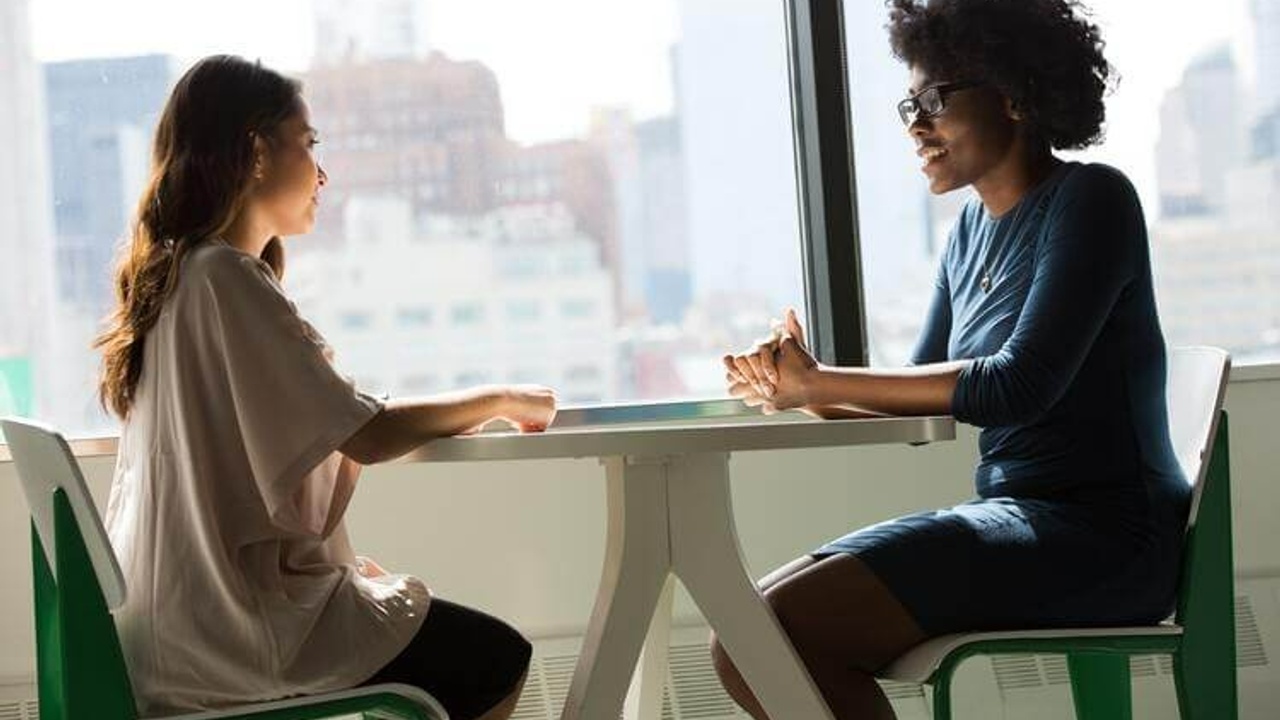 Money is a touchy subject, and it doesn't usually come up easily in conversation.

However, there are some occasions when we need to have a difficult talk about money with someone close to us

Whether you're dealing with an elderly loved one's finances or a relationship, these 8 tactics will help make those conversations easier.

1) Bring someone with you for emotional support

This person can be a friend, family member, financial advisor, or therapist.

All of them can support you both during the conversation and afterward.

They will help make sure everyone has their say without being judged too harshly on what's said.

And if things get tense, having a third person there may act as a buffer to prevent things from escalating too far.

If you're not comfortable with someone in your family or social circle, then consider a financial therapist or a financial advisor who has experience mediating these kinds of conversations and can help keep the conversation productive without letting it spiral into an argument.

TIP: If possible, try to have this difficult discussion in person and not over the phone.

2) Listen as much as you talk

Ask the other person what they want and need instead of just telling them what you think.

You're not the only person in this conversation and you can't put all of your own needs first.

You want to get what they need too, so it's best that everyone has a chance to speak their mind without feeling judged or attacked for their stance or for how much money is involved.

If you don't have a plan, then be honest about that with the other person and discuss what it would take to come up with one together.

It might not seem like such a big deal at first but without a game plan or some agreements in place, things can get messy fast!

TIP: Take some time to think about things ahead of time and clearly outline what you’d like to happen in the conversation, what your goals are in the conversation and with in the future, and what a plan moving forward might look like. 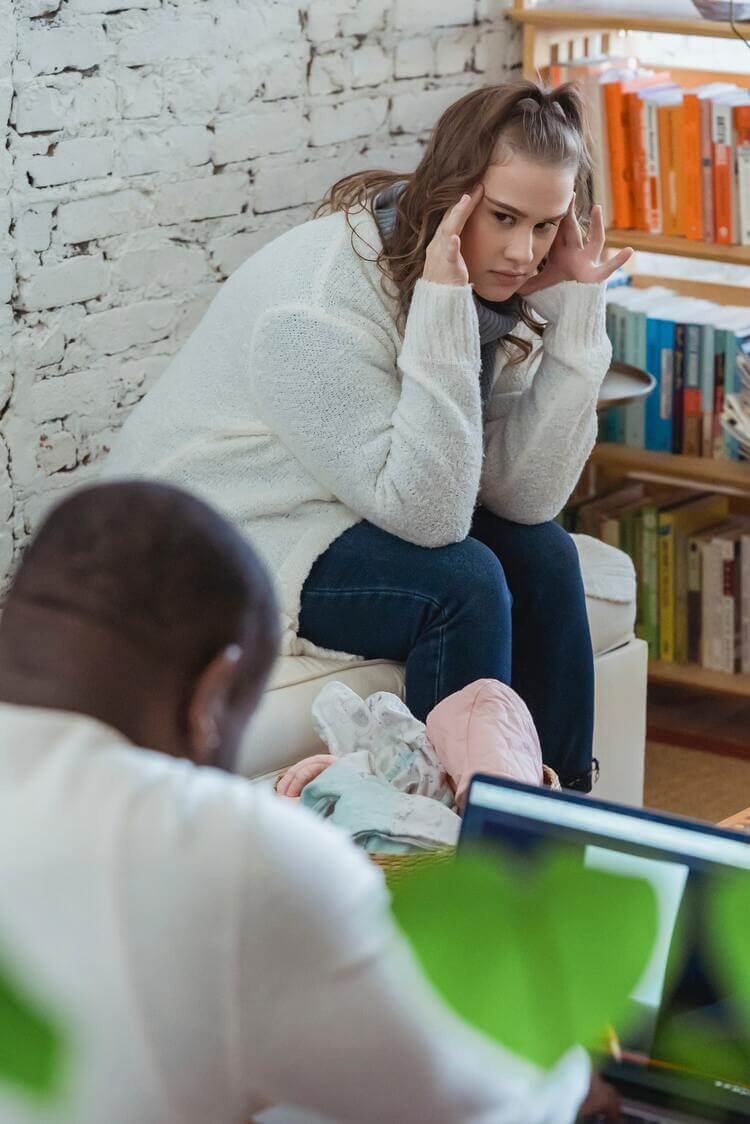 Don't forget that the other person's feelings are just as important as yours in these conversations.

Everyone has a story and a unique reason for doing what they do.

They deserve to feel like they're being heard without feeling attacked or judged.

This doesn't mean that you can't share your own feelings about the situation, too.

One of the most important skills here is to acknowledge the other person.

Acknowledge what they’re saying and how they’re feeling, even if you disagree.

Acknowledgment doesn’t mean agreeing, it simply means that you’re assuring the other person that they’re being heard.

TIP: Rephrasing what you’ve heard the person say and repeating it back to them is a simple and effective way to acknowledge the other person’s thoughts and feelings and let them know you’re listening.

4) Be open about your thoughts and feelings

No one wins in conversations that are guarded and closed.

In order to foster a safe space with the other person, it’s important to enter into the conversation from a place of authenticity and realness.

This might mean sharing with the other person how uncomfortable you are or talking to them about times in your own life where it's been difficult to manage money.

When you share your personal world with the other person they will often let their guard down and be more honest with you.

TIP: Vulnerability begets vulnerability. So don’t be afraid to be a bit vulnerable with the person you’re talking to.

It’s essential that you’re both able to trust what the other person is saying in these types of conversations.

Once you’ve established authenticity and allowed yourself to be vulnerable, as we discussed in the last point, it’s important that everything you say is true and honest.

Be honest with the other person. Whether that’s about your capacity to pay their bills or loan them money or about how much debt you have and what you’re struggling with financially.

Part of fostering great communication with another person is the willingness to be honest.

Another part of great communication and honesty is the ability to set boundaries.

You can’t honestly say “yes I’ll do that for you” unless you set a container around what doing that thing means exactly.

For example, perhaps you’re willing to help them find some good investments for retirement. However, you’re only able to dedicate about 4 hours to do this and then you will have to have them speak to a financial advisor.

That’s perfectly okay if you communicate that ahead of time. However, if you tell the person that you’ll “figure out their retirement investment plan for you” then they’ll expect you to keep going until the investments are made. And this may be much more time and energy than you’re willing to put into it.

Be clear about what you can contribute upfront and don’t be afraid of disappointing others by saying “no” to what you can’t commit to.

It’s more important to be honest about what you’re willing to do rather than trying to spare their feelings.

Ironically, sparing someone else’s feelings by not setting boundaries or telling them the truth can often cause mistrust because it’s not honest.

TIP: Be clear on exactly how much time and money you’re willing to contribute to solving the problem you’re both having. Consider what you’re willing to do upfront but also be willing to hear what the other person needs. Don’t be afraid to take a step back from the conversation and return later if you need time to think about whether or not you can fulfill what they’re asking for. 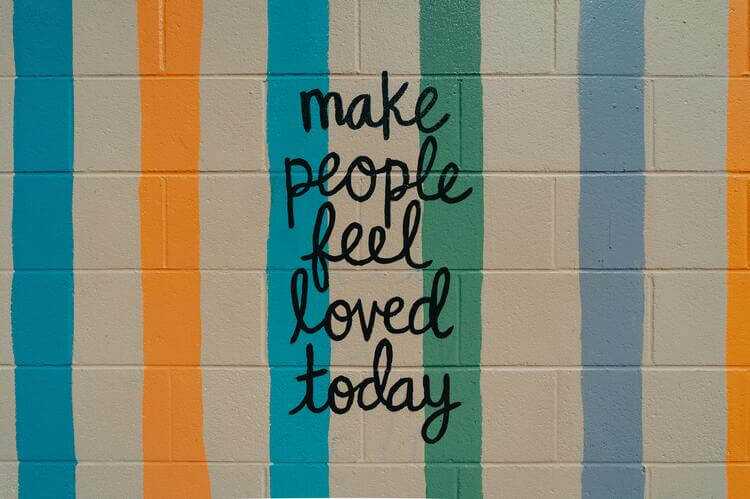 Not everyone’s financial situation is the same.

Everyone has a different financial reality.

So when you're thinking about your own financial situation, be sure to consider that the other person’s situation may be far different from your own.

This will give you an opportunity to try to understand why they're acting the way they are.

It's important for you to understand the other person and their motivations, even if they don't come from a place that you consider logical.

We all have underlying beliefs and stories about money that motivate us to act differently.

My course, The Family Money Tree, can help you dig into your money stories. It can even be something you and the other person do together to foster better communication.

We all want different things out of life so just remember that other people might not see the world in the same way as you do. Be sure to show them empathy for whatever they’re going through.

TIP: Be patient with each other and don't be afraid to ask questions. Try not to get angry when someone doesn't agree or does something that makes sense but is hard for you.

7) Take the Time and Space You Need

First, be sure to ask the other person if they’re up for a conversation about money. When you make this request, be very clear that it’s vitally important and also be clear about how much time you’ll spend having the conversation.

“I need to talk about our retirement. This is really important to me. Can we set aside 45 minutes to discuss this on Sunday afternoon?”

Second, respect that you can't just force someone into doing or thinking about something they don't want to do without some consideration for their feelings.

If the other person pushes back against having the conversation, listen to their concerns and feelings. Then reiterate how important it is to you and ask them for a day and time that would work.

Third, when having the conversation, take breaks whenever you need them. If you’re both feeling emotionally overwhelmed, come back when both of you are better able to talk about this topic again.

Fourth, be prepared ahead of time. Write down your questions before you have the conversation and what exactly needs to be discussed to keep you focused.

TIP: write down how they responded to each question you have so that you can accurately remember what happened later on.

Good communication strategies can be beneficial for tough conversations about money.

Sometimes using good communication can deflate a conflict that is related to money-related topics. This can lead to a healthy compromise.

One of the best strategies is not blaming the other person and using "I" statements.

Many times, when people have conversations about difficult topics, like money, they tend to blame the other person for things being the way they are.

This often looks like one person saying “you spent too much on the credit card” or “you’re always so irresponsible”.

Instead of blaming, try turning the tables and talking about how these things have impacted you.

Say “I’m uncomfortable and afraid of the amount of credit card debt we’re carrying” or “when you spend a lot I get afraid for our financial future”.

This way you’re sharing what’s true for you instead of blaming the other person.

You’re also creating financial intimacy with the other person because you’re talking about your own honest thoughts and feelings instead of just throwing stones.