4 Example Money Stories To Help You Understand Your Own 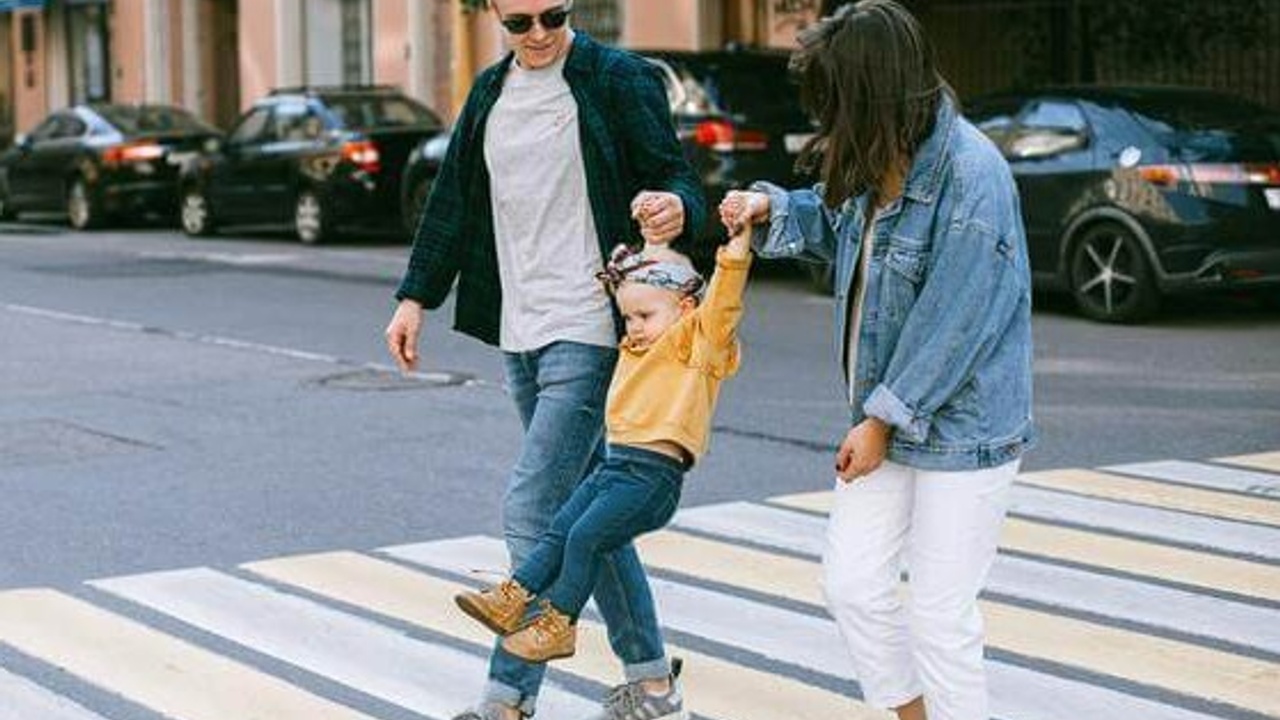 Your financial story is powerful. More powerful than you likely fully recognize, at least consciously.

I have been busy the last few months promoting my new book The Healthy Love and Money Way. It has taken me beyond the normal therapy walls I work in, to conferences, Zoom meeting rooms, and even a wine shop. It has been an incredible and deeply moving experience to meet so many different people in a short period of time. Each person that I have talked with has a deeply powerful money story that is so very meaningful to them.

Morgan Housel, in his new book the Psychology of Money, highlights this reality in the first few chapters of his book.

Money is personal before it is anything else. Our experiences with money mean the most to us.

So what’s your money story and why is it important to know?

First and foremost, it is your story and knowing and owning your financial story is one of the most liberating things you can do. It helps answer one of the big questions of life: Who Am I. While it is not the whole answer of who you are, it is a large part.

Okay maybe you're not into the whole philosophy of life thing and you're just trying to figure out why your wife or husband won’t stop spending money the way they do.

Well, I’ve got news for you. Their spending habits are based on their story of life and money. If you learn how to look at your own story and that of your intimate partner, many answers reside within.

Let me share a few stories from people I have met over the last couple of months to help illustrate the power of money stories.

Now I don’t know their whole story or even a large part, but I know a small snapshot. I know from the clients I work with that life and money stories are always more nuanced and detailed than first presented.

People often need help learning how to explore their own stories. Which is part of what I will be doing in my upcoming course The Couples Guide to Financial Intimacy. 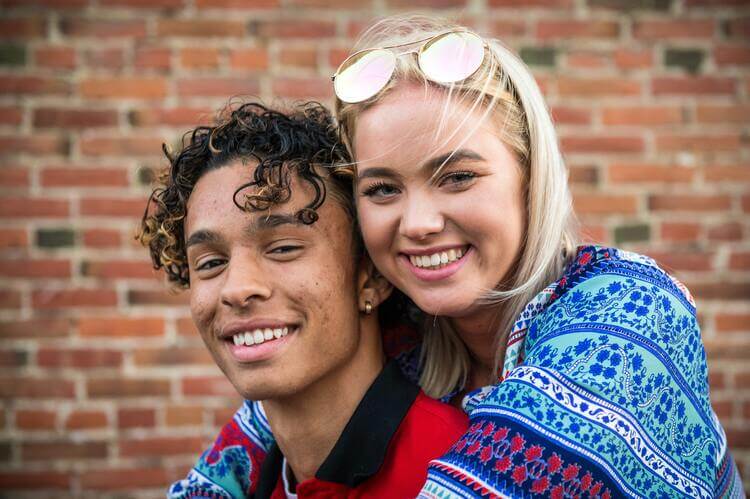 The Soon To Be Married Couple

Sam and Jessica are in their late twenties.

Sam has a budding career in finance, while Jessica is still finishing up graduate school in health care.

Sam and I meet at a conference and he told me a bit of his story.

Sam told me that “mom is my lifeline, and still works as a nurse. My father had a successful business but was always stressed about money. Then in 2008, his business failed and he has never been the same”.

Sam and I talk a bit further and it is clear to me he is both excited about his future life together with his wife to be and very anxious. He can’t say that he is anxious, but I can tell by the pace of his story which reveals his anxiety.

Sam tells me Jessica likes to spend without thinking about the cost of anything. As a finance guy, he knows this is problematic, but he is feeling uncertain about what to do.

Natasha and Juan are in their late thirties and have one young daughter.

I met Natasha on a zoom webinar. She told me about her life and that she is now the breadwinner of her family and her husband is staying home with their young daughter.

She really wants Juan to talk with her about their finances and how they will build wealth together as a couple over time. She feels frustrated that Juan won’t talk with her.

She explains that her family is from Mexico and immigrated to the United States. She has worked hard and learned from an early age that she was responsible for taking care of herself as well as her family.

She is concerned that Juan resents that she makes more money but she doesn’t know how to address it with him.

There is so much more to this story.

The Raising and Launching Kids Family

John and Elizabeth are in their early fifties and each has been previously married.

Together they have six children spanning from 23 to 10 years old.

John has worked hard from a young age and made a promise to himself that he would always work hard and make a lot of money so that he never had to worry about spending money. He explained this to me after a conference presentation.

When I asked why he went on to explain that his father had been profoundly affected by the great depression and struggled with money his whole life or so John thought based on what his dad would say. John found out much later that his dad had been saving tremendous amounts of money and his father ultimately traveled the world with his mother.

I could see the sadness well up in John as he told this story and he began to think for the first time in his life how these experiences impacted him. 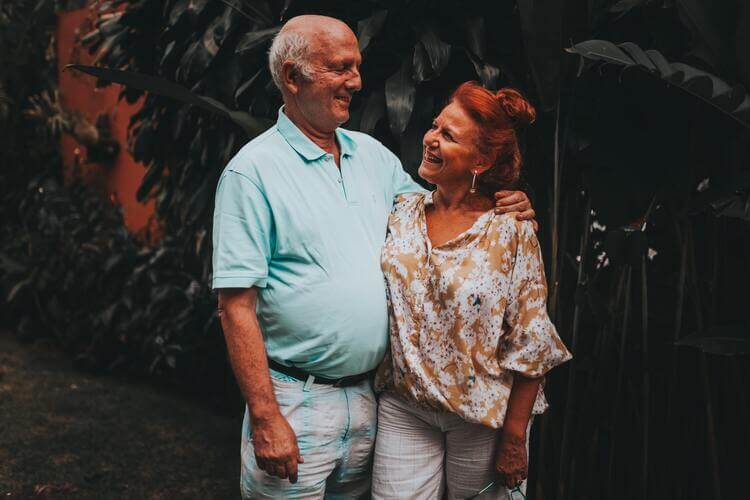 Over Zoom Matt and Martha are calmly talking with me about Martha’s recent retirement.

Matt and Martha have been married for 24 years. It is Matt’s second marriage and Martha’s first when they married in their 40’s.

They tell me that they come from very different family backgrounds.

Martha’s family lived very modestly and her 92-year-old mother continues to live by herself in a small home in the northeast.

Matt on the other hand had parents that worked very long hours all through his childhood and built incredible wealth. His parents live in the Pacific Northwest.

Martha shares how concerned she is about how Matt invests money. It doesn’t make sense to her. They expect to receive a very large inheritance but don’t want to count on it.

What unites these couples?

There are many things that unite these couples even though they are living out very different realities in some ways.

There is an underlying connection.

Each person has a money story and a way that they tell their money story which impacts the way they show up for each other.

Each of these couples is facing a money transition that builds off their previous stages of life.

Fortunately, there is a path forward to understanding the complex and dynamic interaction of couples and money.

This is where using psychology as a lens to understand yourself and your partner can add predictability to what otherwise often can seem like irrational, dumb, inconsistent, cold, and hypocritical interactions around money. This will allow you to reframe it into understanding the often unmet emotional and relational needs of both you and your partner.

What is your money story?

Take some time now to sit down and write your money story.

You can review your life story from the point of childhood up until now. Go back and forth between the good and challenging stories.

Once you have completed this exercise what themes show up for you?

This sets the stage for knowing what you can work on in your money story.

What happened is in the past, but the meaning you give to it can change when we look at the story from new perspectives.

Just like Kathy who I met recently who remembered her mother being critical of her wanting some new shoes as a little girl. It left her with a lot of pain. When we went back to that memory and acknowledged that she was a little girl full of wonder and curiosity and that there is no way she could have understood the family budget and stresses at that time Kathy felt relief to realize she was not a bad little girl for wanting new shoes. This freed up a lot of weight in her current financial reality.

Come join me as I lead couples through understanding their story of money and relationships through the lens of psychology in The Couples Guide to Financial Intimacy.